If we walk alongside people, we will eventually encounter shame. It seems to be deeply prevalent in our time. Many negative behaviors and beliefs are developed out of this misplaced sense of guilt. As I will show, shame is at its core unbiblical. I will offer a three-step process to helping others, and ourselves, toward a healthy resolution to the struggle of shame. Each topic will be accompanied by key questions to facilitate further discussion along the appropriate topic.

Key Question: Can you tell me more?

The first step in resolving the struggle of shame is validation. This can be a tricky process as the goal is to validate the struggle, without encouraging further shame. If someone comes to you with the burden of shame, this is an indication that they trust you, they’re trying to figure out what to do with shame, and they hope there can be an alternative.

Ministers and helpers can validate the commonness of this struggle and its necessary place in the developmental process.

There are crucial distinctions between guilt, conviction, and shame. Understanding the biblical and psychological differences between these terms will help facilitate understanding and begin the next process of Alleviate.

Shame, the latter option, is fundamentally different from guilt. Guilt is the belief we have done something wrong. The responsibility that comes with this awareness is a joyful burden because it means we also have the ability and power to do something about our error. Scripturally, this process is called repenting (Matthew 11:30). It’s healthy and restores relationships.

Shame, however, is an unhealthy burden. If guilt is the admission I have done something wrong, shame is the incorrect belief that there’s something wrong with me.

With shame, there is no hope for restoration. Even if the wrong could be righted, shame tells us we are and will continue to be, unacceptable.

The idea of shame is incompatible with scripture. From the very beginning, God looked at his creation and said it was good (Genesis 1:31). While humanity has fallen, we still remain God’s creation. This is evidenced in the idea of the Image of God (Genesis 5:1, 9:6; 1 Corinthians 11:7; Colossians 3:10; James 3:9). We cannot be image bearers of our creator and still believe shame is acceptable. We should do everything we can to avoid placing shame on people. It is often a symptom of a systemic dysfunction which serves to alleviate others of their guilt.

This can be a twisted inversion of the crucifixion. However, Christ was not shamed into his sacrifice. He willingly sacrificed himself by taking on our sins, and our guilt (John 1:29), out of love, in order to reconcile our relationship to our creator (Romans 5:10-11). If we want to have a healthy view of the crucifixion, we must encourage people to see the hope and power that come with guilt, and the destructiveness that comes with shame. When this is seen, we can offer a biblical way for people to alleviate their guilt and restore relationship.

Key Question: Are you willing to forgive?

After validating the process of dealing with shame and providing education on the difference between shame, guilt, and conviction, we can move on to the practical aspects of alleviation. However conviction arises, if it’s scriptural, will call us to restore the relationships with ourselves, God, and others (Matthew 6:14-15). While there can be deep theological discussions on forgiveness, the practical issue is rather simple:

Asking these questions can facilitate the process of further guidance. More often than not, if people struggle with one of these aspects, they struggle with all of them.

In the book To Forgive is Human, forgiveness is identified as the cancellation of a legitimate debt. This is important to remember because the very act of forgiveness implies a harmful act was committed. With this in mind, it is possible to help identify if someone is struggling to forgive. All three aspects of forgiveness (asking, giving, accepting; respectively) rely on healthy empathy. We often encourage people to have empathy for others and consider this common practice (1 Peter 3:8).

Try to avoid justifying what others have done by asking questions about the history of the person who needs to be forgiven. What was their life like? Where were they from? Did they struggle with similar issues when they were growing up? Christ models a beautiful example of this when he asks God to forgive those who crucify him because “they know not what they do”. When asking for forgiveness from others, it is not uncommon to explain why we did what we did. This, often times, is not an attempt to avoid punishment, but a plea for empathy. It is how we yearn for a confirmation of connection despite our failures. Many times it is not possible to actually repair a relationship due to death, safety concerns, distance, or incarceration. In these instances, prayer, mediation, or letter writing can be very effective means to process forgiveness when relationship cannot be restored. However, the loving act of forgiving can often cover a multitude of sins (Proverbs 10:12).

What is frequently missed is the ability to have empathy for ourselves. In the great commandment, Christ commands us to love God with all of our being and to love our neighbor as ourselves (Matthew 7:12). In The Gift of Being Yourself, David G. Benner argues these are not two commands, but three.

We must love God, others, and self. The inability to do any one of these will interfere with our ability to do the others. 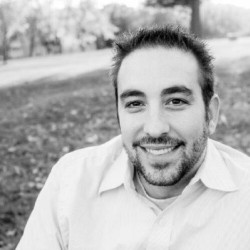 Nathan Croy
Nathan Croy is a licensed marriage and family therapist who has worked with children, adults, and families in various settings. Nathan completed a Masters in Marriage and Family therapy at Bethel Seminary in San Diego. He lives with his wife and two daughters in Kansas City.